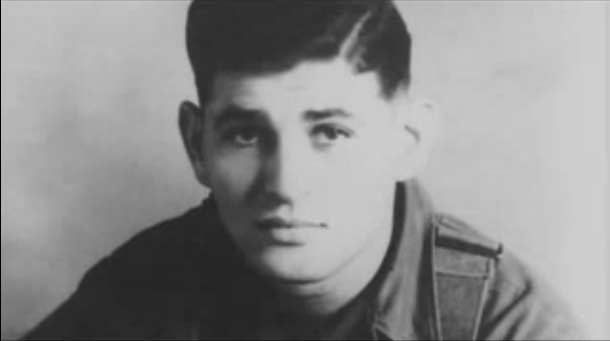 What makes a person face almost certain death to save the lives of others? Where does one find the strength to endure unspeakable acts of torture at the hands of an enemy and not lose the will to survive? Would we—if put into the same situation—be capable of such heroism? Medal of Honor reveals the almost inconceivable acts of those few heroes who answered “Yes!” Includes interviews with twelve living Medal recipients.

Produced, directed, and filmed by Roger Sherman, the 90-minute PBS special traces the history of the medal. We’re at Baghdad airport when Sgt. Paul Smith dies protecting his company. We meet a Holocaust survivor who, in the Korean War, single-handedly defends a hill from advancing enemy forces. A Navy SEAL takes us back to the day in Vietnam when he swam for two hours in the ocean, carrying his wounded comrades and saving their lives. A Marine at Iwo Jima recounts his solo attacks that silenced seven Japanese bunkers with a flamethrower, clearing a path for his decimated, demoralized company.

“An astounding array of stories about an unbelievable collection of unexpected heroes. … This special is…so awe-inspiring…that, if I could, I would award it four Medals of Honor. It is that good and that honest. … Do yourself a favor. Don’t miss it.” —Linda Stasi, New York Post

“That rare thing—a film shot through with the most emotional of themes that succeeds in rendering portraits of unimaginable heroism with discipline and dignity. … Along with story after story of heroic enterprise, accompanied by relevant, splendid footage, this film…provides a hard-minded account of the medal’s history.” —Dorothy Rabinowitz, The Wall Street Journal

“It’s a must-see for war buffs, and its tales of valor are an effective boost for those craving optimism about a troubled country.  B+” —Kate Ward, Entertainment Weekly

“Producer/director Roger Sherman was wise to allow the program’s preamble to be handled by John Finn, Pearl Harbor hero and salty dog of the first and highest order. … All in all, there won’t be anything else more worth your while on TV that night. I checked.” —Phil Mushnick, New York Post

“Sherman’s film arrives as an antidote for spiritual cynicism, a bracing potion that serves not merely to treat our Election Day hangover, but to remind us why so many continue to believe in American exceptionalism.” —Tom Jackson, Tampa Tribune

“A breathtaking look at a rare breed.” —TV Week

“Yes, there’s a lot of junk on TV. But the medium can also rise to the occasion quite beautifully. … The richly drawn stories will stay with you for a long time after you turn off the set.” —MSNBC