Jamie Peebles turned 65 on December 31st. A little over year ago he realized he is a woman. On November 28th I
filmed her confirmation surgery in San Francisco. Less than two months later she experienced her first orgasm as a woman.
Becoming Jamie: Shock and Joy will end in August as she walks her daughter Tina down the aisle at her wedding.  The
feature documentary is Jamie’s personal, poignant, revelatory, and joyful story told through video diary recordings and my filming. 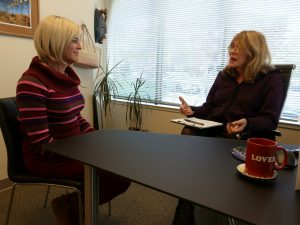 Jamie is a brilliant television engineer: she set up the original Oxygen Media and Al Gore’s Current TV. She’s also a photographer – fetish and fashion, 8×10” wet plate – a filmmaker, a builder, and former college professor. We have been friends for forty years. She is dynamic, funny, and not afraid to talk about her most intimate and heart wrenching issues. Our friendship is one reason our filmed conversations and scenes out in the world have been dramatic, deep, meaningful, and hilarious.

Footage will also include Jamie’s extensive collection of family films and photographs. She was married for thirty years, is since divorced, and has two grown daughters. Tina is in her twenties, lives with her fiancé Nick and Jamie in the house where Jamie grew up in a Boston suburb. This has been a very difficult transition for Tina, who calls Jamie dad. Jamie’s ex-wife, Elaine, has agreed to appear in the film. 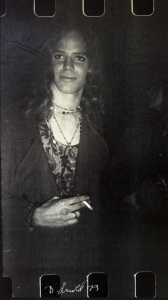 While Jamie did not realize she was trans until recently, she says that in hindsight there were many signs. For example, she tearfully tells viewers about being terribly upset when his tween body began to transform at puberty. Not knowing why, he stole Novocain from his pediatrician father and repeatedly injected his testicles. Until one had to be removed in emergency surgery.

Jamie’s confirmation surgery was performed by one of the pre-eminent surgeons in the field, Dr. Marci Bowers, who also happens to be a trans woman. We filmed the surgery as well as an extensive conversation that Marci and Jamie had as part of her pre-op consultation the day before. During both scenes, Marci describes the process, de-mystifying and clarifying what cis people want to know, but are too intimidated to ask. (Cisgender is what the transgender community calls non-trans people.) The gynecologic surgeon explains that male and female sexual organs “are more similar than different.” In an exasperated tone she declares, “I’m not going to cut off Jamie’s dick!” and describes how the head of the penis becomes the clitoris, that after surgery trans people can have normal sex lives. This has come as a complete shock to every cis person I’ve talked to. How the surgery is accomplished – male to female and female to male – will be illustrated with animation.

New scenes will follow Jamie out in the world. Some will be intense, others light, a few informative:

We have begun editing sample scenes while filming continues. A teaser will be finished in the next few months.

It is our intention to create a television series profiling a few of the many dynamic, smart and surprising transgender people around the country. It will follow the theatrical release of Becoming Jamie and will also be poignant, funny and revelatory.