The Restaurateur – a portrait of Danny Meyer 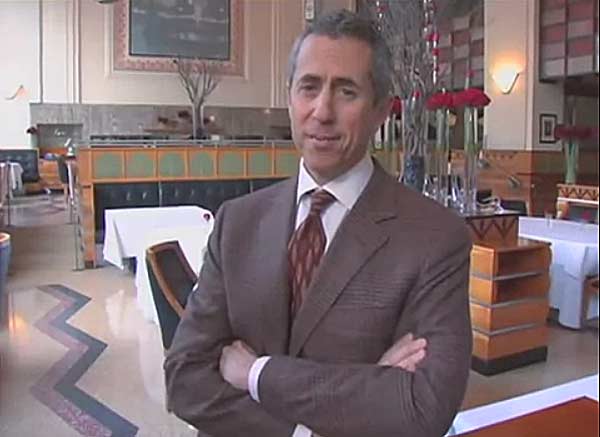 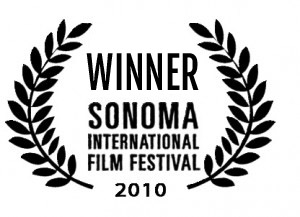 The RESTAURATEUR, produced and directed by Roger Sherman, is an intimate, cinema verité film about Danny Meyer, one of America’s preeminent restaurant owners. The one-hour film asks: How does Danny Meyer do it?

The film opens in the dining room of Eleven Madison Park, December 9, 2009. Meyer confides to the camera: “After Tabla and Eleven Madison Park opened, I was pretty convinced I’d made one of the worst professional mistakes of my life.” Fade to a vast, concrete space, January 22, 1998. A much younger-looking Meyer enters from the shadows, “This will be Eleven Madison Park, which we hope will be a great restaurant.” Tom Colicchio, chef of Gramercy Tavern, also younger looking (with hair), enters the site; Meyer gives him a tour of his hopes and dreams.

We follow the restaurateur and his team for eleven months as they experience gut-wrenching construction delays, miss alarming deadlines, and fire the chef of Eleven Madison Park. We see why the space became two restaurants, how a jazz concert gave Meyer the idea for Tabla, the first fine dining Indian-inspired restaurant in the U.S. Our cameras visit Tabla’s chef Floyd Cardoz in his tiny home kitchen where he creates his now classic watermelon curry. We’re there as chef Kerry Heffernan takes over EMP just weeks before opening.

Back to the present, Tabla received three stars in The New York Times; EMP gets two middling two-star reviews first from Ruth Reichl and later from Frank Bruni. Danny tell us, “I arrived at the restaurant to find the chef and GM literally crying. I realized it was time for a change.” A countrywide search brings in Daniel Humm from Campton Place in San Francisco. He explains how the restaurant was transformed: “We doubled the staff.” They received first three, then four stars from The New York Times, one of only six restaurants to be so honored.

Danny Meyer bares all in this portrait. Watching him and his inner circle, we witness first-hand how incredibly difficult it is to create a world-class restaurant. The RESTAURATEUR is nothing like those reality shows. This is real.

“Anyone who’s fascinated by the restaurant industry, entrepreneurs, New York, architecture, business strategy or documentaries (i.e., everyone) should watch the DVD of filmmaker Roger Sherman’s “The Restaurateur,” pronto. Shot mostly in 1998, the movie follows restaurant owner Danny Meyer and takes viewers through the myriad steps necessary to open not one but two of acclaimed culinary pit stops—Eleven Madison Park and Tabla. Footage taken 12 years later finds Mr. Meyer at the helm of, respectively, a hard-to-get-into restaurant serving some of the country’s most talked about cuisine and a restaurant that, little did he know at the time, is on the brink of shuttering.” — Bits & Bites, “Scenes From a Restaurant Empire”, The Wall Street Journal

“Sherman’s film is a breath of fresh air in this world of reality television and food-tertainment. It’s an honest portrayal of Danny Meyer’s struggles and successes, a must see for documentary lovers, entrepreneurs, and foodies.” — Blanca Valbuena FriendsEat.com

“Beg, borrow as needed, but do yourself a favor and see Roger Sherman’s Danny Meyer doc The Restaurateur. I can’t think of a single food freak who wouldn’t love it: charming, compelling and Tom Colicchio with hair!”— Kat Kinsman, CNN’s Eatocracy.com

“Danny Meyer’s story is absolutely inspiring and Roger Sherman has done an amazing job showing us what it REALLY takes to pull off a world class restaurant. I see myself in his struggles and challenges. The RESTAURATEUR shows us the real behind-the-scenes drama of opening a restaurant. It’s a must-see!” — John Besh, chef, restaurateur

“I have seen the film three times and I still wonder if they will make the opening…” — Christopher Hirsheimer, Canal House Cooking

Available on DVD, on Amazon, and streaming