In 2007 when I was researching my film Medal of Honor, I visited Omaha Beach. It was a chilling and wonderful experience.

The U.S. cemetery in France is one of the great pieces of design.

One walks down a long meandering path towards the ocean and does not see the graves until making a sharp turn. 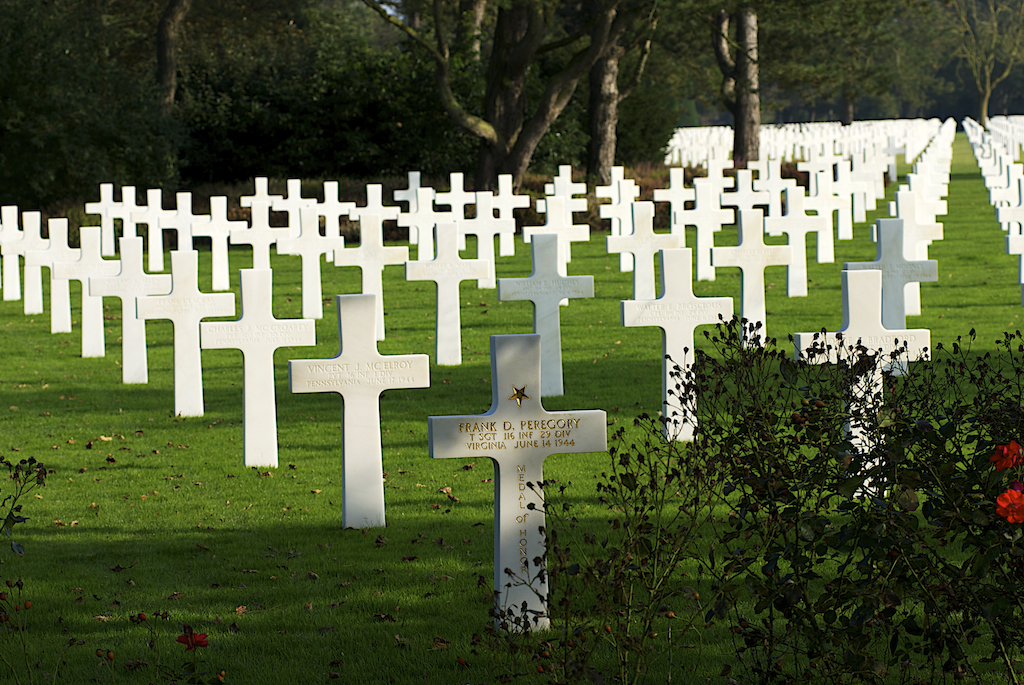 Never call a Medal of Honor recipient a winner of the medal.

To a man, the ones who survived their actions will say they were doing their duty. Most didn’t make it back. 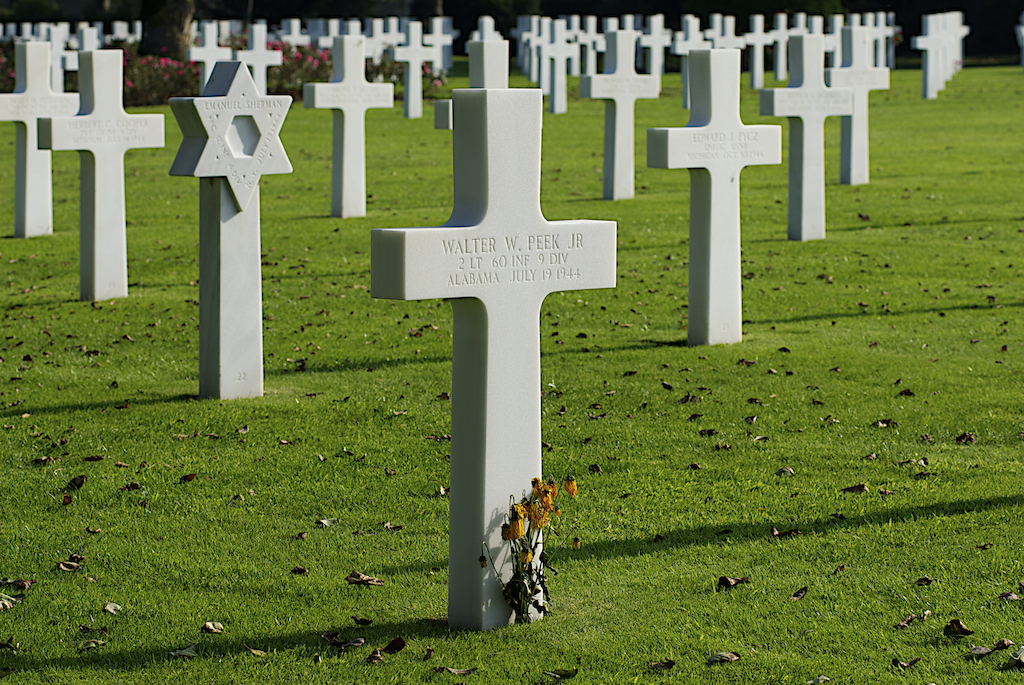 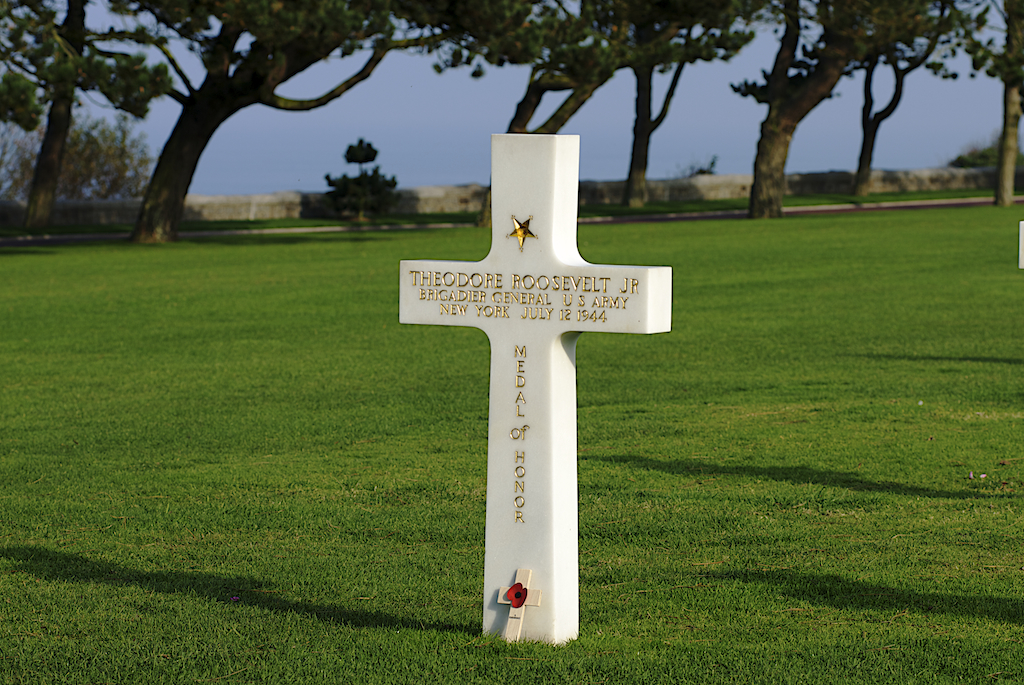 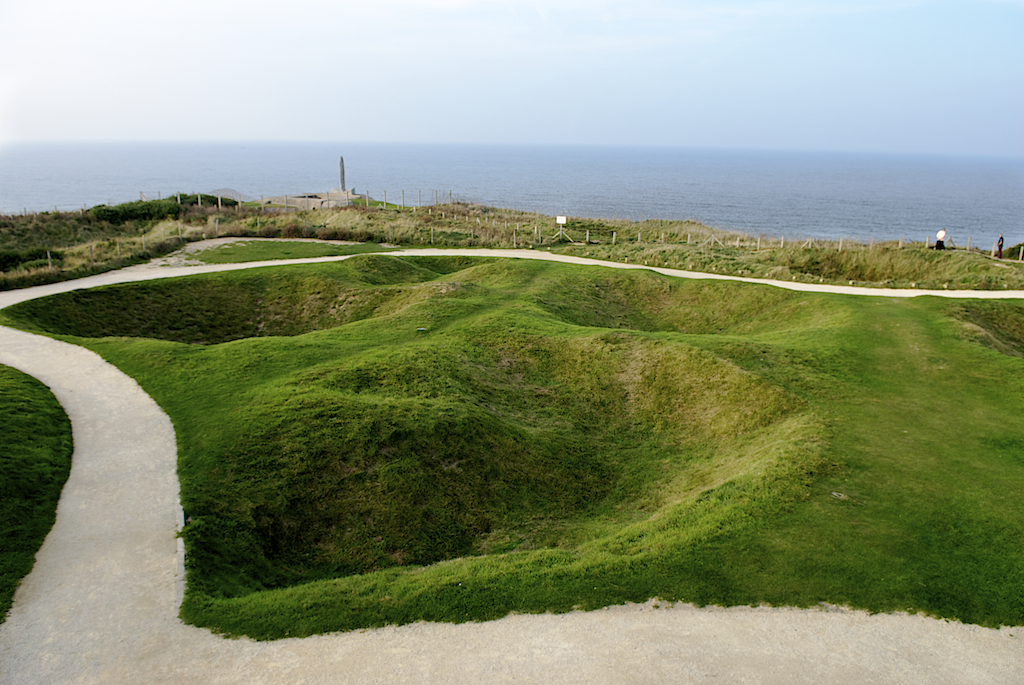 A short drive from the cemetery is another memorial with bomb craters.

Seeing so many, so close together, it’s a wonder anyone survived. 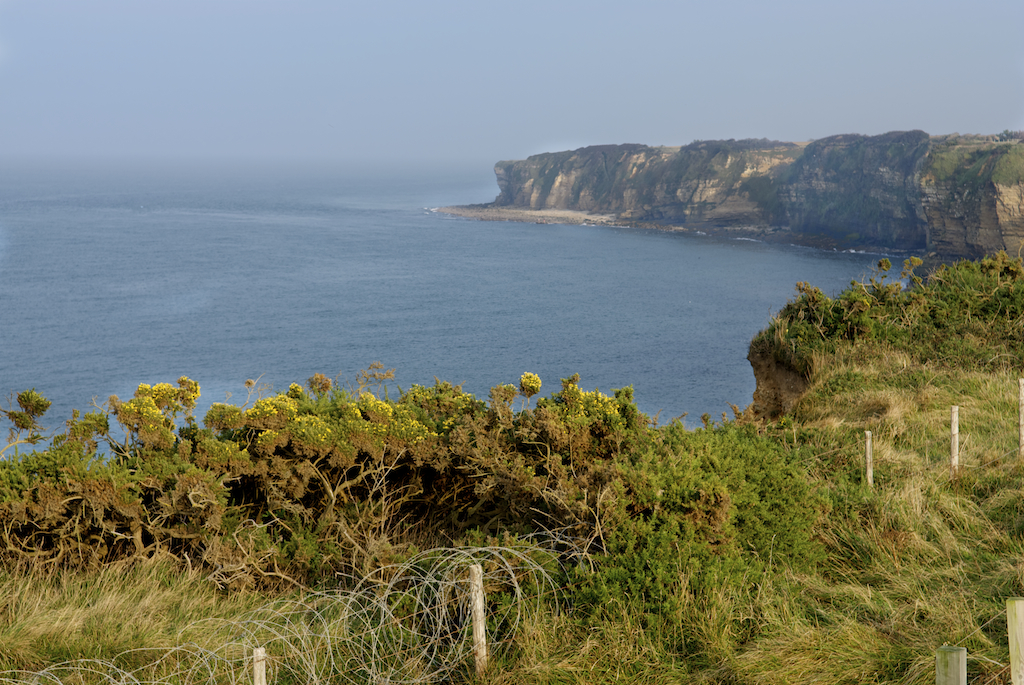 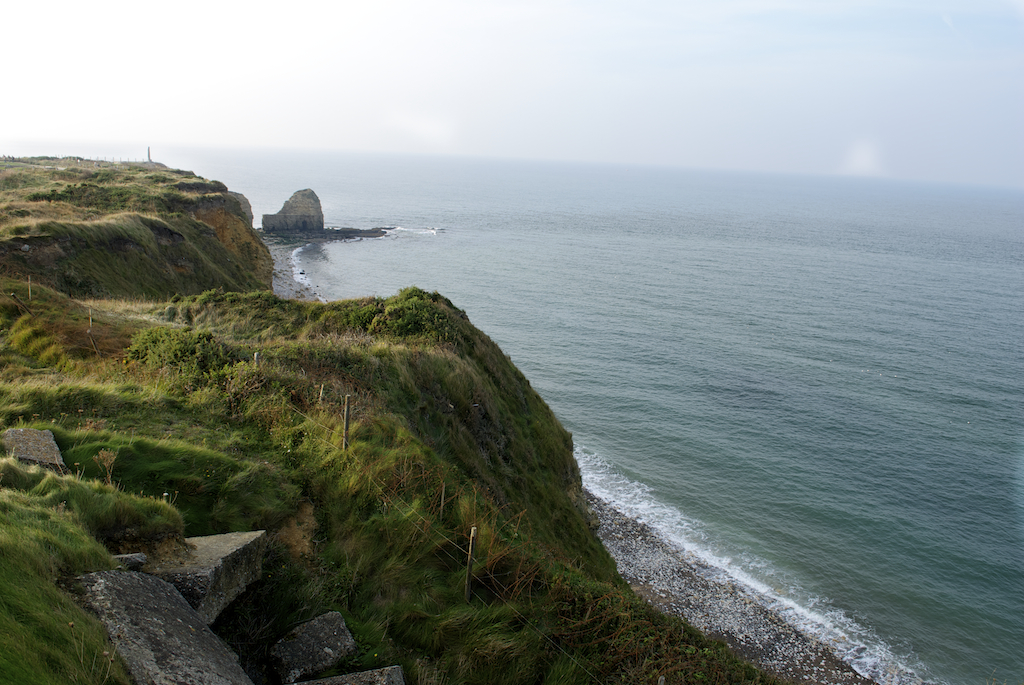 Standing at the vantage p0int of the German machine guns, thinking how those young soldiers below,

coming ashore were being rained down on by streams of bullets was chilling. 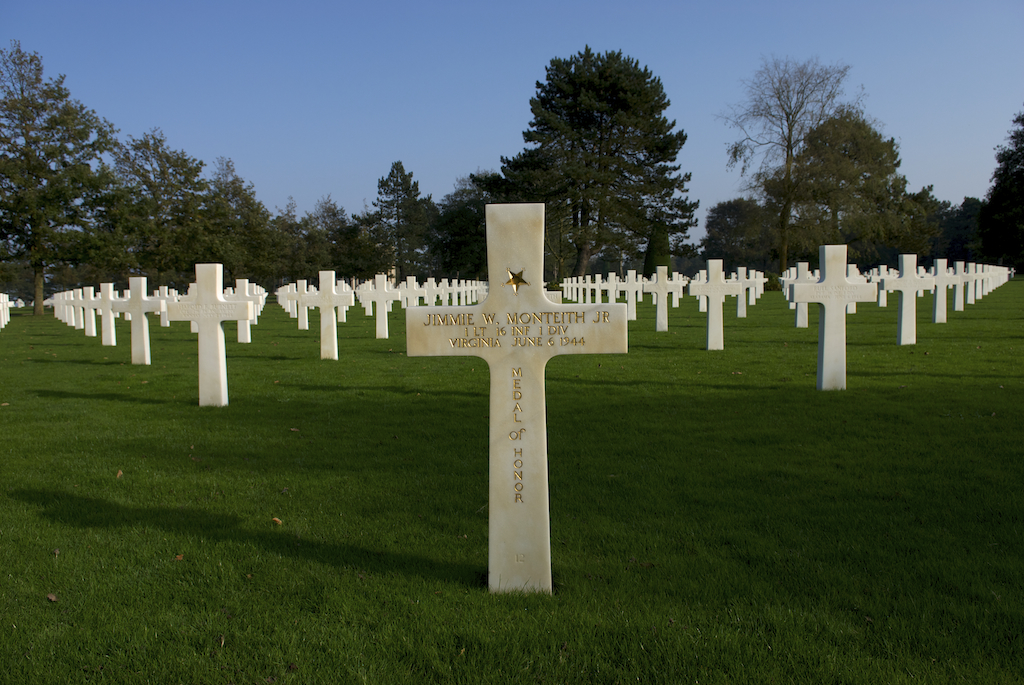 In order to receive the Medal of Honor a soldier must “go above and beyond the call of duty.”
One would think everyone who fought at Normandy would deserve one. They were ordered to fight and that doesn’t qualify.
Soldiers must put their lives in danger, usually saving their comrades and dying in the process.